[ Infographics]People's struggle to return home: Mullikulam,Mannar - GoSL, WHERE IS THE LAND RELEASE YOU PROMISED THE PEOPLE?

Mullikulam is a coastal fishing village in South Mannar. The villagers were displaced on the 8th of September 2007 (initially displaced in 1990 and resettled in 2003), when they were evacuated by the military. The land was first occupied by the army then the Navy.

It consists of an entirely Tamil Catholic community. The extent of land for this village is estimated to be approximately 8648 acres and consist of 7 tanks – 5 of which were used for agricultural purposes and 2 for general use by the villagers. Of this area, approximately 1200 acres were used for cultivation purposes. Occupied land includes private lands of people (legally owned by deeds, grants or permits), land belonging to the Catholic Church, as well as State land. 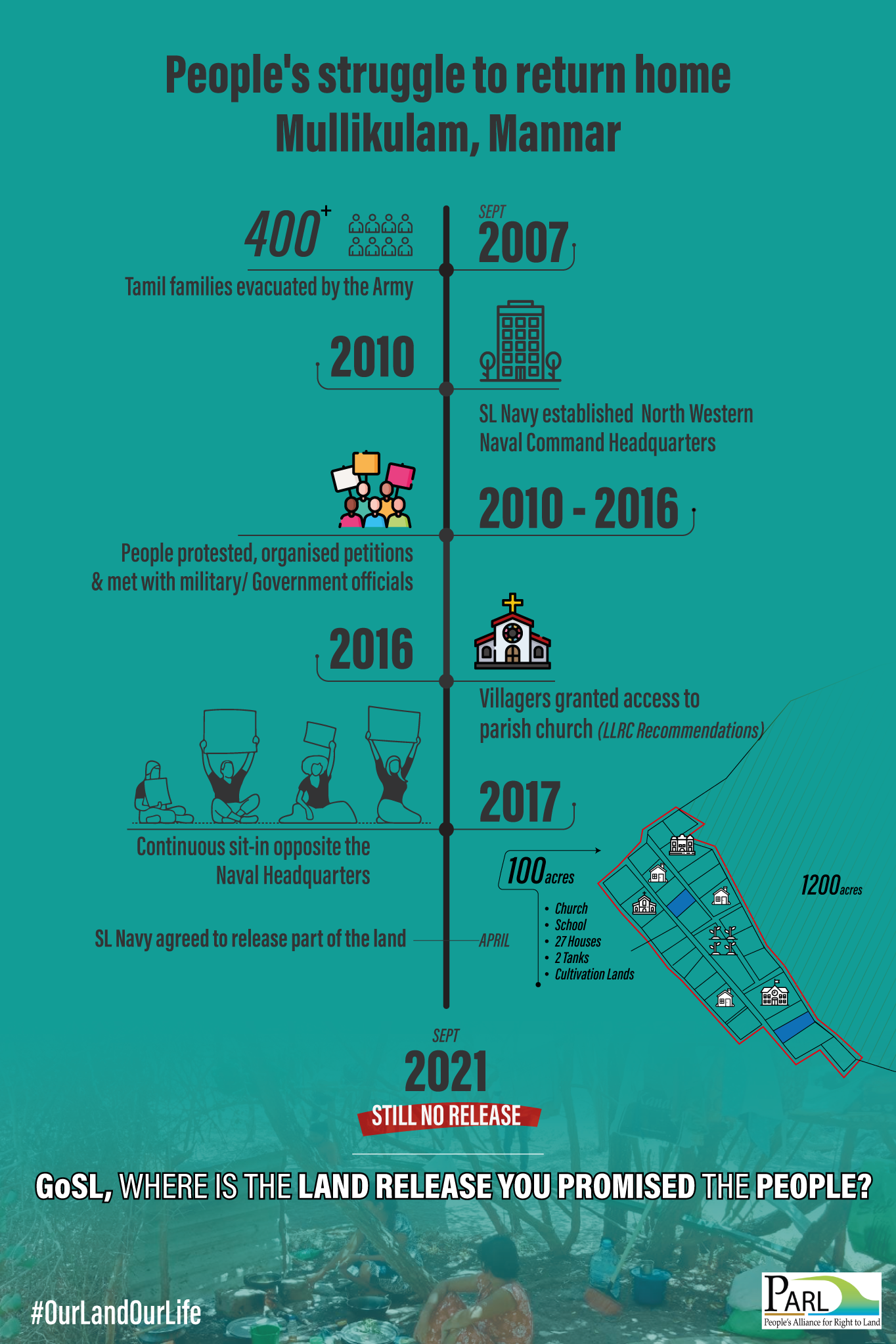 visit https://www.parlsl.com/land-disputes?province=&district=&issue=16# to read in full.